FloristWare is pleased to announce that Jason Parent Cfd Mmfd, of Fiddleheads Flowers and Vintage Chic Gifts in Cape Elizabeth, Maine, is the winner of the 2019 James Lowe Memorial Award. 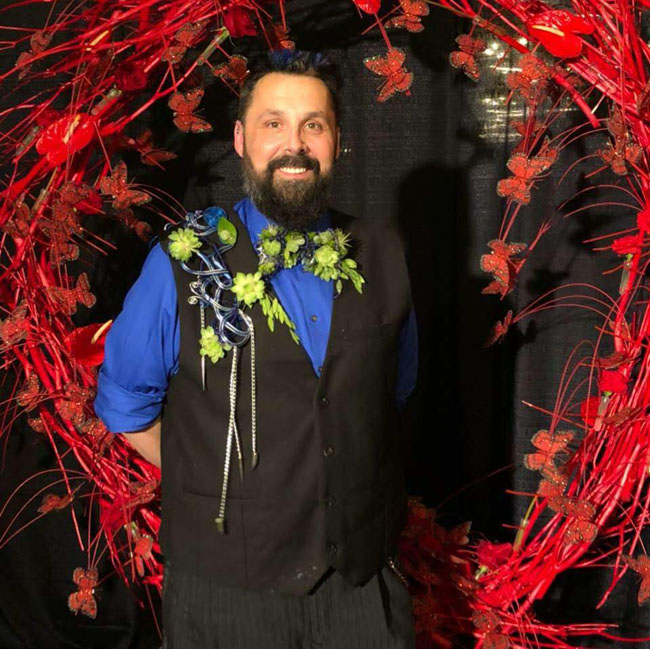 After one week,and more than 4,000 thousand votes for thirty-eight individual entries, the top five finishers (Jason among them) in the online design contest portion of the award advanced to the final round. Here they were joined by the winners of the professional divisions of the 2019 GLFEE and 2019 WUMFA Annual Convention, and a final winner was selected at random.

Jason was that winner. As such FloristWare will pay for his AIFD Symposium registration and provide $1,500 in cash to help cover associated expenses when he travels to Las Vegas.

“I am honored to have won this award in the name of James Lowe. I first met him five years ago I when I went to my first Symposium. We had a lot in common (I also grew up working for my family’s flower shop/garden center) and ended up becoming friends. When I told him I was going to test for my AIFD he became one of my mentors. He would text and send me words of encouragement.”
Jason Parent Cfd Mmfd

Jason will be inducted at the Symposium this year. He’s already volunteered in years past, made specific commitments to help this year, and is looking to do even more in the future. In addition he is active in the Maine State Florists and Growers Association. This is the kind of volunteerism the James Lowe Memorial Award was designed to reward and encourage.

Best of all Jason had another wonderful example of what made James so special:

“It turned out James had been watching me walk around in circles outside the volunteer room, trying to get the courage to go in and help. I saw all these famous designers from around the world and I was frozen with fear. After asking if I was OK he grabbed my hand and walked me around to all the work stations and introduced me to all the designers. He explained that AIFD is a large family, and helping out in that design room was like a dream come true.”
Jason Parent Cfd Mmfd

That kind of generosity is the other reason that this award exists.

“I called Jason to let him know he won, and he shared the story above. It tells of extraordinary kindness and generosity, but it’s only one of countless such stories about James. I believe Jason will try and welcome others the same way, and it’s great to see that spirit carry on.”
Mark Anderson, FloristWare

Response to the competition was strong, better than anticipated, and has ensured that the James Lowe Memorial Award will return in 2020 with another online contest and a new winner.

“We are so grateful to everyone that participated – by entering, voting or just telling their friends. We also received a lot of great feedback on how we can make the contest, and the prize, better for next year.”
Mark Anderson, FloristWare

Changes will include more ways to enter, with the winners of additional established regional design contests getting access to the final round, and a bigger prize package that will include contributions from other industry vendors.

To learn more and register for updates please visit www.floristware.com/jamesloweaward.

FloristWare is a complete software system for florists – a powerful, affordable and easy-to-use point-of-sale/shop management system designed from the ground up for the retail floral industry. It saves time and money by streamlining and simplifying many of the time-consuming and repetitive tasks involved in running a flower shop. It also increases sales and profits while helping florists provide a higher level of service that garners them raving fans. And, with the support and input of Tim Huckabee, FloristWare encourages florists to follow the FloralStrategies order process which has been proven to increase average order values by as much as $20. 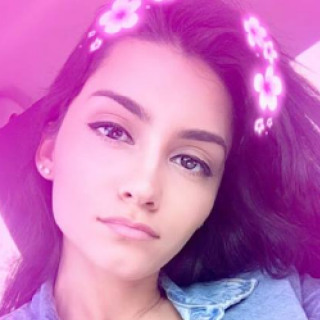 Hello friends I am Katie 26 years old. I love making different designs from flowers. I have been in love with flowers since childhood.